A Noob’s Guide to the Theory of Quantum Gravity

Quantizing gravity is not as daunting as it sounds! Or is it? Over the years, several attempts have been made to successfully quantize the other fundamental forces: electromagnetic forces, strong nuclear and weak nuclear forces. To do the same to the weakest force should not be that difficult. A relatively new subject, Quantum Gravity is supposedly 21st century’s attempt to revolutionize modern Physics. 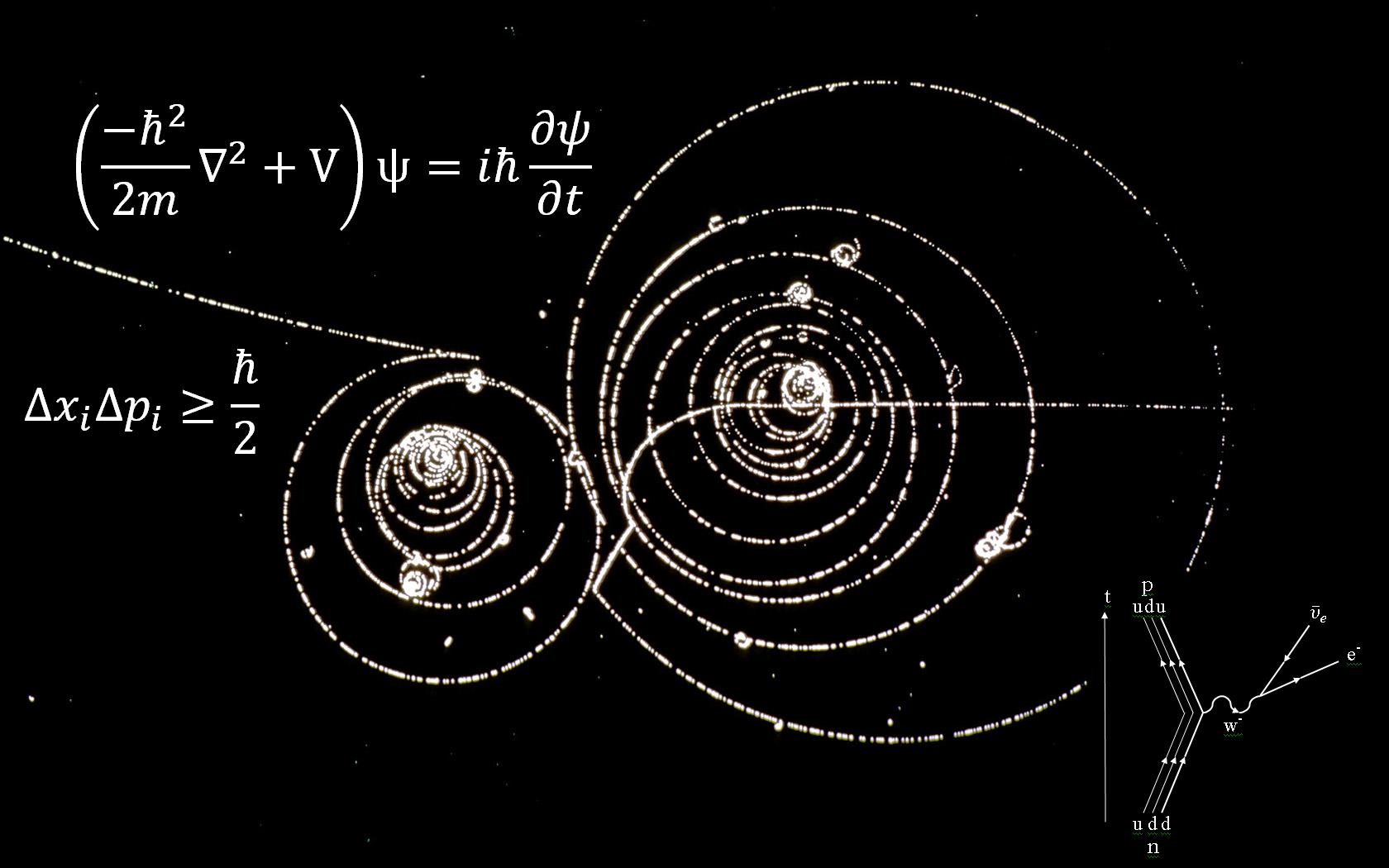 Max Planck’s Quantum Theory and Einstein’s Theory of General Relativity form the two fundamental theories of Physics in the 20th century. While Quantum theory explains the characteristics of matter and energy at the atomic and subatomic level, the Theory of General Relativity attempts explaining the gravitational force. Feynman, Bohr, Schrödinger and Heisenberg are some of the prominent physicists who have worked in different fields of quantum physics. Those include subjects like behavior of electrons, photons and other subatomic particles. Einstein tweaked his theory of special relativity and published his theory of general relativity in 1915. He used it to determine that massive objects cause a distortion in space-time, which is felt as gravity. The Quantum theory explains the physical world of the ‘very small’ and the theory of General Relativity gives us a picture of the ‘very big’ of universe. Together, they claim to cover the entire universe.

The need for a Theory of Quantum Gravity

However, modern physics has encountered fuzzy space-time boundaries. An example of those are the interiors of a black hole. Inside every black-hole, an in-falling object comes to an abrupt end i.e. singularity. This hints at a strong space-time curvature and shown evidence that we have reached the limits of Einstein’s Theory of General Relativity. There is a pressing need to combine the macro and micro elements of physics.

Related: The Hype Behind Quantum Entanglement

With high density of matter compressions and energy concentrations, the laws of the micro-world become predominant. Hence, Planck’s analysis of the quantum theory comes to our rescue here. However, the length being considered in Quantum Physics needs you to zoom into a length of 1 meter in by a factor of 10 billion, and further by a factor of 1 trillion trillion. To incorporate the laws of gravity at the scale of the quantum network has been a daunting task. Attempts to do so have failed utterly so far indicating that Einstein’s Theory of Relativity does not hold answers to all our questions.

But: 100 Years On, General Relativity Is As Relevant As Ever

Hence, we need a theory that amalgamates both the fundamental concepts described above and promises a better understanding of the constituents of the universe. This new theory is better known as Quantum theory and unifies several other theories.

What is Quantum Gravity?

Quantum Gravity is a physical theory that attempts to describe the gravitational force according to the principles of quantum physics, taking into account all quantum effects. The theoretical analysis of quantum gravity places emphasis on the geometrical aspects of space. It also tries to simplify the unsolved conceptual issues of quantum gravity, including the problem of time or the interpretation of the wave function of the universe. This division of physics unifies the 20th century fundamentals and provides a consistent framework to incorporate all other fundamental forces in nature. It represents various theories like supergravity, string theory and models of canonical quantization like the loop quantum gravity, in addition to discrete models of quantum gravity.

Also Read: Our Satellites Are Travelling Through Time

It generally postulates the presence of a theoretical particle – the graviton. Before we get into what a graviton is, we need to know the 4 fundamental forces of physics: Gravity, Electromagnetism, Weak Nuclear Forces and Strong Nuclear Forces. Photons mediate electromagnetism, W&Z bosons mediate Weak Forces and gluons (quarks) mediate the Strong Attraction. A graviton is a virtual particle that mediates the gravitational force. Using the concept of a graviton, the theory of Quantum Gravity aims to prove the conjuncture of all fundamental forces of the nature. To prove the theory, a number of unified theories have been predicted and studies are being conducted to check their feasibility. Some of these unified theories are:

Let us attempt to simplify a couple of these theories for you.

In physics, String Theory is the most recent attempt to answer the questions that have always boggled the human race:

String Theory attempts to provide a wholesome description of the fundamental structure of the universe. That explains why it is popularly called the ‘Theory of Everything’. The basic idea suggested by the postulate is that all fundamental particles of the universe are made of a basic constituent: a string! For simplicity’s sake, let’s assume that the smallest subatomic particle we’ve known so far is an electron. In such a scenario, most of us would involuntarily think of an electron as a point that can do nothing but move.

If we hypothesize the electron to be a loop made of a string, we render it with a property to oscillate in different ways. In this way, the same string can be thought of as a quark, photon or as an electron depending on its oscillation pattern. If this theory is proven right, the entire univeres comprises of oscillating strings.

The String theory, also known as the M-theory or Superstring Theory uses one-dimensional strings in place of particles. These strings can be imagined to be of the size of the Planck length i.e. 10(-35) m that vibrate at specific resonant frequencies. Formulae that arise from the String Theory predict more than just 4 dimensions (almost 11). However, these extra dimensions are thought to be ‘curled up’ within the Planck length. Besides strings, the M-theory also talks about another fundamental object, brane. A brane can have a number of dimensions ranging from 0 to 9 thus, being commonly used in the M-theory. There are multiple variants of the String Theory. It still needs proof to validate its accuracy to explain Quantum Gravity.

Loop Quantum Gravity (LQG) expresses Einstein’s theory of General Relativity in a quantized scale. What it attempts to do is extend conventional geometrodynamics onto an independent framework. This, to accommodate for fluctuations in the geometries. This leads to a discrete structure at the Planck scale. Dating back to 1986, the theory of LQG was first introduced when Abhay Ashtekar quantized the formulation of the General Relativity field equations. In 1990 finally, Lee Smolin and Carlo Rovelli proved that gravity can be quantized by viewing Roger Penrose’s spin networks. The spin network approach represents space-time as a connected chain of pieces, called quantum nodes. Once zoomed out, this series of connected dots looks like a smooth space-time framework.

The underlying mathematics and physics of LQG is highly complex. However, three highlights of this approach are:

These successes have been validated with mathematical proofs, but not experimentally. Experiments on some concepts like the Big Bang postulate might not be highly feasible in confined areas. However, there are some potential tests that are being designed to prove the theory of LQG. If proven, the connections between the space-time quanta might provide a background-independent way of studying gravity in the quantum world.

LQG and String Theory meet at a point

For quite a while now, researchers have thought of LQG and String Theory to be incompatible with each other. Some evident differences in the underlying concepts have made this difference blaringly visible. While LQG analyses bits of space-time, String Theory studies the behavior of objects within space-time boundaries. While LQG does not work with high dimensions, String Theory requires an average of 10 dimensions. Supersymmetry, as suggested by the String Theory claims that each particle has its yet-undiscovered partner. This is something not endorsed by the theory of Loop Quantum Gravity.

However, a recent generation of theorists and researchers have revealed potential similarities between LQG and string theory. N.J. Maldacena, a physicist at the Institute for Advanced Study in Princeton, compared a gravitational theory in an anti-de Sitter (AdS) space-time to a Conformal Field Theory (CFT) on the boundary of the space-time to watch them match up. This converged the two theories above. However, further studies are being conducted to study these observations.

The quest for establish the theory of Quantum Gravity continues

Multiple other unified theories attempt to break the force of gravity into quanta using the same underlying concepts:

These theories together helped Bekenstein to conclude that there a limit to the maximum amount of information that can pass through a surface. This can be quantized in Planck units.

In attempts to unify the concepts of quantum mechanics and general relativity, the theorists face a general issue. The ‘problem of time’ arises because quantum mechanics defines time to be absolute and universal. Relativity requires time to be relative and dynamical. This gives rise to a prerequisite of reconciling the different notions of time. Once the worlds are warped in terms of time, the spatial dimensions have to be handled. In an AdS space, what stands out is a fisheye view of space-time. This extends the center to a converging point where the space shrinks into ‘nothing’, thus hitting a boundary. This boundary aids calculations and facilitates a harmonious space-time movement. However, this is not how the universe behaves in reality. The discontinuity of reality with postulated concepts leaves researchers in a state of not knowing how to calculate the emergence of time in real space.

The research on Quantum Gravity continues in the midst of all difficulties, speculations and short experimental successes. However, it is evident that we are in the middle of a much talked-about quest of a new physical theory. In conclusion, the 21st century sees potential in restructuring various scientific and philosophical justifications.