A Noob’s Guide To Cryogenics

Ever wondered how smoke effects are created in Nightclubs? Or how fog spills out of the ice cream bowls in Master Chef Australia? Welcome to Cryogenics. 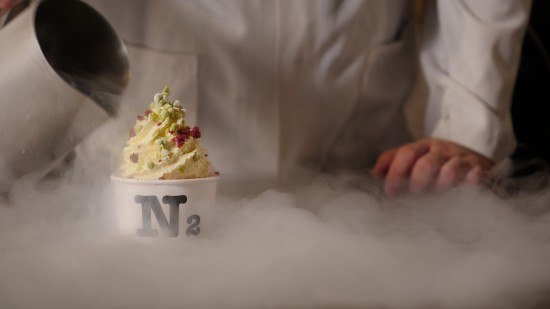 Cryogenics is the study of the behavior and properties of materials at very low temperatures. Temperatures go down to 93 K. Cryogenics has several applications mostly related to preservation – of food, sperms or the whole human body of late. The substance it deploys is usually Liquid Nitrogen or Liquid Helium. Nitrogen liquefies at a very low temperature of 63 K and slows down all processes. This helps in preserving substances so that they last longer.

With some of the rapid advancements we’re witnessing in Life and Health Sciences, cryogenics is increasingly becoming the answer to problems which do not have a solution yet.

It’s also host to considerable media hype. In 2016, a 14-year-old British girl was cryogenic-ally preserved moments after her death in the hope that she could be brought back to life in around 200 years and cured of her cancer. Cryogenics has given a some hope to the young child, and many more around the globe who aren’t ready to give up on their life just yet.

Among all applications of cryogenics, cryonics is the most developed, important and widely considered one. In-fact, cryonics is often referred to as cryogenics. Cryonics involves preserving people – human beings – at extremely low temperatures (almost 77 K). When someone cannot be sustained or helped out through normal medication, they are cryogenically preserved. There is  hope that they may be restored to life in the far future, where a proper lasting cure may have been discovered. Cryonics is not reversible and is naturally often met with skepticism by most scientists.

Apart from being a risky and unsure business, Cryonics is also lengthy and fairly expensive. An annual membership of $400 a year needs to be paid to the cryonics facility, to be considered for the process. Once your heart stops beating and you are legally declared dead, an emergency response team from the facility stabilises your body. The brain is supplied with enough oxygen and blood to preserve all bodily functions to its minimal requirement. The body is then sent for suspension. It is first packed in ice and heparin is injected into the body to prevent blood clotting.

In the cryonics facility, water is first removed from your body cells to prevent rupturing of the cells. The water is then replaced with a glycerol-based chemical mixture called cryo-protectant. This is similar to an antifreeze which helps organs and tissues from turning into ice crystals at extremely low temperatures. The body is then cooled till it reaches a temperature of 143 K. The final step is immersing your body into a container, that is then placed into a metal tank containing liquid nitrogen at 77 K. The whole process is expensive, and can cost close to $150,000. Let’s hope, for the sake of people who have been preserved this way, that a cure for their hopeful souls in on the way!

While the entire process of cryonics may give hope to many who want to experience life, long after a loss of it, the whole procedure, apart from the insane expense, has quite a few problems associated with it.

Firstly, the whole aura of uncertainty around the procedure is something which should make most people opting for it, concerned. A cure may take more than a few odd decades to find out, or some cures may never be found. Scientists aren’t completely sure as to how the cells may age once out of the cryonic procedure, or whether they stop ageing once inside the liquid. A burden of false and unknown expectations are created for the people.

Secondly, it could prevent death and interrupt the natural cycle of life. This may create some excitement for people who are afraid of death. However, the entire process is unnatural and could disrupt the whole cycle of life and death. Overpopulation is a wide threat already faced by the world, mostly caused by the longevity of life. Now imagine people never wanting to die and what it would mean for the world.

Thirdly, there is very limited support from the medical community. Cryonics is not a generally accepted by doctors and is considered an anatomical donation at best. It is also viewed as a fraud upon patients by many physicians.

The Ethics of the procedure

We come to the question as to whether cryonics is an ethical way to extend life. While we may argue that only an individual has the right to decide what is to be done with his/her body after death. We cannot neglect the fact that most of the person’s wishes are based on false and distant hopes. We are not sure what may come out after the entire process, it could be the original subject, a whole new subject with fresh memory, or maybe just a philosophical zombie. With the idea of cryonics, the entire concept of death is looked at in a whole new light, creating an unnatural uneasiness.

With 1618 members so far, the Alcor Life Extension Foundation is a clear example that the craze has caught on. Alcor accepts anatomical donations and helps preserve the body of people as per their wishes after death. Alcor has also extended itself to preserving pets. So far 33 pets have been preserved, a clear indication of what an unhealthy combination of money and the inability to let something go can do.

Do you think cryopreservation is a practice that should be continued? Let us know in the comments.