We’ve discussed the Hyperloop extensively in the past. The broadband of transportation was ‘open-sourced’ by Elon Musk, allowing multiple companies to compete for the same technology. Hyperloop One is one of them, and it is set to redefine commute for Indians by bringing it to the country. 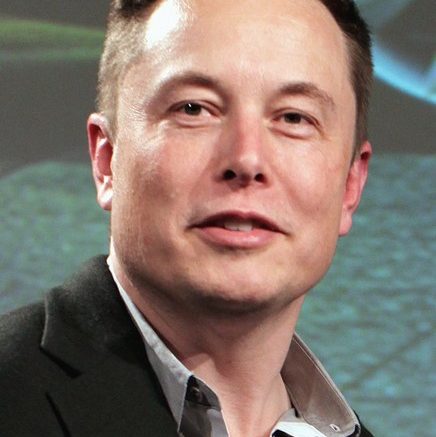 Hyperloop is an altogether new ‘mode’ of transportation – a category of its own, much like aircrafts and ships and road vehicles. It is land based travel at air based speed, with the capacity that of a train for the price of a bus ticket. While it does sound like a flight of fancy – possibly an unattainable dream, the concept is nearing reality already. It’s the brainchild of Elon Musk, founder of Tesla and SpaceX in 2013. A completely open-sourced design to encourage interested companies and develop the idea further. Presently, three groups are working on the project independently: Hyperloop One, Hyperloop Transportation Technologies, and TransPod.

How does it work?

The Hyperloop utilises a custom electric engine to accelerate and decelerate a levitated pod through a low-pressure tube. The vehicle will float noiselessly for miles with no turbulence. The idea works by sending exceptionally planned “capsules” or “pods” through a steel tube kept up at a partial vacuum. In Musk’s original plan, each capsule floats on a 0.5–1.3 mm layer of air given under pressure to air-caster “skis”, like how pucks are suspended in an air hockey table, while as yet taking into consideration speeds that wheels can’t support.

This speculative high-speed mode of transportation would have the accompanying qualities: invulnerability to climate, collision free, twice the speed of a plane, low power utilization, and energy stockpiling for 24-hour operations.

According to Elon Musk, it would be helpful on Mars as no tubes would be required in light of the fact that Mars’ atmosphere is around 1% the density of the Earth’s. For the hyperloop idea to take a shot at Earth, low-weight tubes are required to lessen air resistance. However, if they somehow happened to be based on Mars, the lower air resistance would permit a hyperloop to be made with no tube, just a track.

Among the three companies working towards conceptualizing this design, Hyperloop One seems to making the most progress. It was incepted in 2014 in Los Angeles with a team of 200 engineers, technicians, welders and machinists. One has already tested their motors in May 2016 and set to test the first full system this year in Nevada.

In February, Hyperloop One and the Indian Government officials summoned their first innovation summit to discuss India’s Hyperloop routes. Hyperloop One shared its ‘Vision For India’, hoping to work with initiatives such as ‘Make In India’ and ‘Digital India’. The summit, which was graced by Shri Suresh Prabhu, the Indian Minister of Railways and Shri Amitabh Kant, CEO, NITI Aayog, examined how Hyperloop One can integrate with and develop India’s immense transport network.

The Hyperloop One Global Challenge (HOGC) had welcomed groups across the world to advance a complete and industrially feasible transport plan covering economic and strategy features of their individual cities, locales, and nations. India delivered the most number of registrants and had the most vocal supporters. Among the 35 semi-finalists, five teams from India have been selected for this project.

On the other hand, CEO Rob Lloyd’s shared his plans of bringing the Hyperloop route from Kolkata to Chennai for freight oriented purposes. As its goal is making it run by late 2021. He also said that he is aware of the Indian government complexities in decision-making, and, hoped to get support from India.

The main hurdle for India in terms of growth and development internationally is proper infrastructure and logistics that the foreign companies demand. India has the potential of becoming one of the largest manufacturing bases for various sectors. It would be a landmark development in the Indian economy as it promises sustainable infrastructure both economically and financially with the guarantee to simplify and fasten the transportation of goods as well.

Focusing on the human experience, some critics claim that the Hyperloop’s journey could be unpleasant and frightening -riding in a narrow, sealed, and windowless unit inside a fixed steel burrow, that is subjected to significant acceleration forces; high clamor levels and the vibration and jostling. There is also the criticism of design technicalities in the tube system questioning how a slight misalignment in the tube would be made up for. Also, the vulnerability of its tubes would be an enticing focus for terrorists and that the framework could be disturbed by usual dirt and grime. Moreover, there are always political and economic hurdles Hyperloop will have to overcome to in a bureaucratic environment like India’s.