Ask anyone in their mid 30s to 50s what they thought of the future while growing up – space colonies, orbital vacations and a Mars base will likely figure on most lists. These were the expectations a generation growing up in the 60s and 70s had. What happened?

Half a century after the Moon landing (which we managed to achieve starting from scratch in a little more than decade) – the furthest any human has gone is barely 400 kilometres off our planet’s surface.

Where did humanity lose its way?

We’re a flawed species. For a large part of our history – a whole lot of our technological or scientific progress has been achieved as a byproduct of war, not as a result of science for the sake of science. The rockets that put our stuff into orbit were originally intended for ballistic missiles to bomb nations halfway across the globe. Ships were improved so empires could stretch their territories across the oceans. The Wright brothers may have invented the first working airplane – but it was only after the realisation that they could be used for dropping bombs did aircrafts truly go mainstream.

Ever thought about how our exploitation of nuclear energy did not come about with the intent to give ‘clean energy to the masses’, but only because ‘the Germans would do it first’? It’s how humans work. 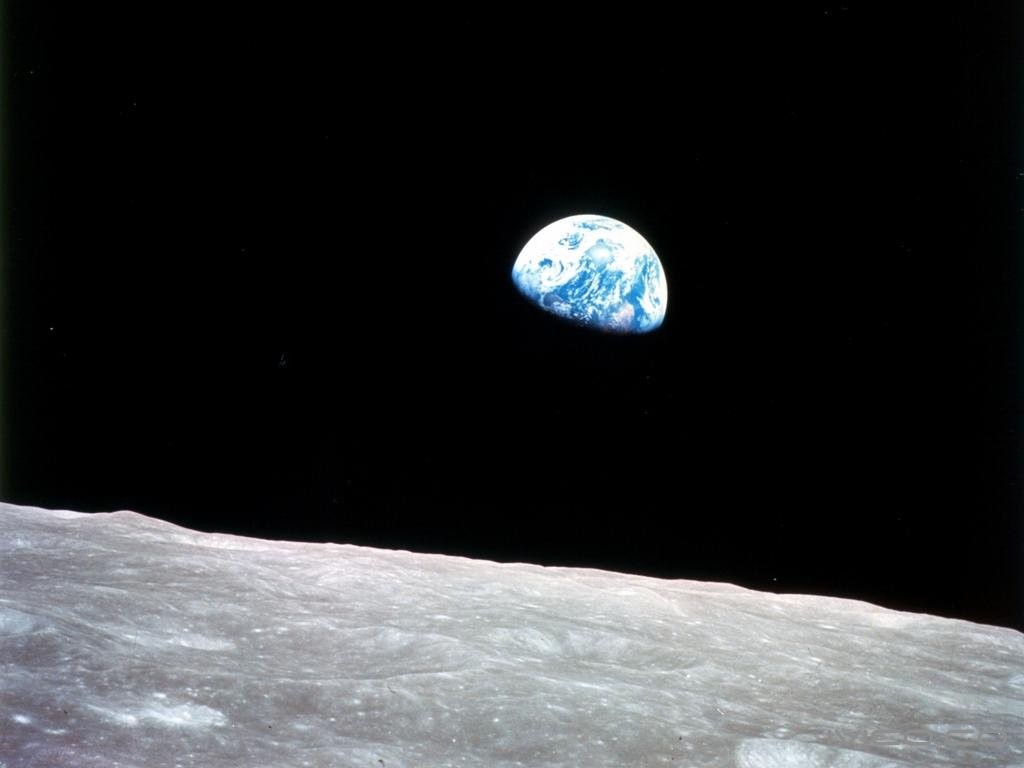 The Outer Space treaty, entered into force in 1967, outlawed national expansion into space – terming everything beyond our atmosphere as the ‘shared heritage of all mankind’. Nuclear tests were banned too. It’s no surprise then that no nation engaged in a race to claim the skies. If there wasn’t going to be war, if there weren’t going to be territories for potential expansion – why go up there?

Many would quickly point out the flaw in my argument here. Sure, we’ve made undeniable progress ever since the Moon landings. NASA has been extremely active, and efficient – in covering our solar neighbourhood with multiple probes. We’ve done some fantastic science – we’ve studied the oldest parts of the universe with WMAP, we’ve landed on Titan, we’ve put a robotic telescope on the Moon, and even journeyed almost 5 billion kilometers to Pluto. There are of course, people on the planet who engage in science for science’s sake. But somehow, as a collective society, we don’t take all the right decisions.

NASA’s been battling budget cuts for decades now. We spent $4 trillion in the Iraq War – a quarter of that amount of money could fund NASA for 55 years. How do these decisions get public approval?

Deep space missions require a power source other than solar because of the sun’s diminishing energy beyond Jupiter’s orbit. The missions tend to therefore rely on nuclear RTGs like Plutonium-238 for power. Where is this Plutonium-238 sourced from? Until now, from military installations dealing with nuclear research. It’s only now, after 3 decades, that the US produced some amount of Plutonium-238 for NASA.

Related: Why We Need Plutonium-238

The Return of The Space Age

Fortunately, I’m beginning to feel things are changing. The generation that grew up watching men land on the Moon now forms a large chunk of the planet’s workforce. The impatience is showing – space movies made a comeback in 2013 with Gravity, and we’ve been getting one every year since then. NASA received a budget beyond its expectations this year. Multiple billionaires – Bezos, Elon Musk and more – are willing to burn cash in private space corporations – an industry most VCs would advise you stay away from.

After a dearth of interest in the space industry, we’re having rocket launches (and landings) being live streamed to millions. It does look like the Space Age is on its way, and it’s primarily because the current generation is subconsciously fed up with how things have gone ever since 1972. It’s come to the point where SpaceX, a private organisation, claims it’ll put men on Mars by 2025, a full decade before NASA claims it’ll do the same.

Over the next half a decade, we’re going to be launching a submarine to Europa. We’re going to send astronauts up to the ISS in a private capsule for the first time, and we’re going to build a test habitat for our future Mars colonists.

But what’ll really usher in the Space Age – is if we discover anything that’ll arouse humanity’s territorial instincts. If we were to hypothetically discover oil on Mars, however unlikely that is, or profitable mining opportunities on nearby asteroids (there’s already a firm involved – Planetary Resources), I’m willing to bet our R&D will go into overdrive trying to turn mining from these locations into a cost-effective option, regardless of how astronomically (pun intended) unfeasible it is right now. Military involvement, and occupation is likely to follow.

It’s war that drives us. You can get rid of world hunger, and poverty. But war? Unlikely.

An opposing, optimistic approach to this would be urging each other to give science education the priority it needs in schools, the world over. Our space efforts right now are coming in from a generation that grew up dreaming of a space-dominated future. The generation in schools right now is not growing up amidst the hype of Moon landings or dreams of orbiting hotels. A couple of decades from now, we might be in for another subdued period of little scientific progress if things aren’t corrected on the ground right now.

A correction is unlikely in my realistic opinion, because of how we take poor decisions as a collective populace. In which case, I’m just going to hope for oil on Mars or diamonds on asteroids.