When Will We Go Interstellar – Part 2

So in the first part, we discussed upon the various Types of civilisations that might exist in the universe. We concluded with the various types of propulsion systems that might be needed to achieve the particular Type.

Here, we discuss the types of propulsion systems, and delve into the concept of wormholes.

There are two basic criteria for ranking the various propulsion systems – Specific impulse and final velocity of travel. Specific impulse mainly denotes the force of thrust, multiplied by the time the thrust is acting for. 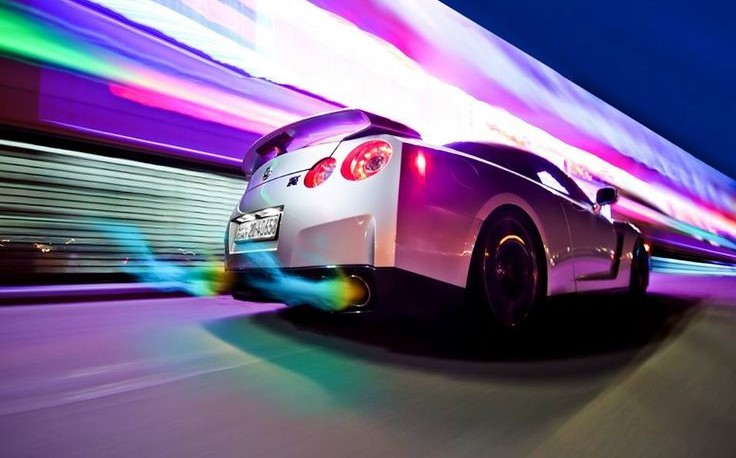 Currently, the rockets on earth are based on chemical reaction powered propulsion. They operate for a very small time (indicating a smaller specific impulse).

As an advanced propulsion method, scientists at NASA are experimenting with ion engines. These engines in turn have a very high specific impulse – which can last for up to months, but have a very low thrust.

Taking our NOS powered car as an example, the duration of NOS boost is increased here, but the intensity is lowered.

However, this does not mean that these engines are inefficient. In fact, in deep space, an ion engine ejecting cesium would reach great velocities, simply because of the increased time of propulsion. So ultimately, it’s advantageous!

Based on the fusion power of free hydrogen in space, resulting in a specific impulse that might last over years.

Propelled by laser beams inflating a massive sail. Imagine a ship with sails, only instead of wind, laser beams are used to boost the ship. It can be visualised in the following simple diagram.

A method of production of energy wherein matter and anti-matter collisions produce energy. Although exciting, it would be extremely difficult to achieve.

A tad more realizable than anti-matter drive, would incorporate nano technology to build tiny self-replicating robot probes which would move around the galaxy, reach a planet / moon and build a factory to produce more robot probes. Somewhat akin to the concept of viruses attacking a human body.

How to Achieve Interstellar Travel

Interstellar travel would span hundreds of lightyears, and to accomplish this, the speed of travel must be faster than the speed of light.

This would in turn be contradictory to Einstein’s theories of relativities, according to which a speed exceeding the speed of light is impossible to achieve. And thereby, as of today, scientists are sceptic about the entire concept of interstellar travel.

However, that being said, if an advanced civilization could achieve enough energy to destabilize speed and time, light speed might just be achieved. This energy is called the Planck energy, and a civilization capable of harnessing such immense energy would be a Type 3 civilisation.

Interstellar Travel is an extremely interesting concept that brings with it the possibilities of advancement in science and technology. It brings to us the prospects that might lie at the edges of our universe, and might help us truly understand what secrets our universe beholds.

Although it is a far-fetched concept now, with the right impetus it might just become plausible in the near future. And here’s hoping!