Could the Universe be made of a single electron?

What exactly is an electron? A textbook definition will tell you that it is a negatively charged subatomic particle which revolves around the nucleus of an atom in fixed orbits. But if we can’t directly observe one, how can we say with for sure that it even exists? In fact, thanks to Heisenberg, we can’t even pinpoint its exact location. We need to rely on probability to do just that. Can an electron be at two places at once? Imagine this – what if all the electrons in the Universe are, in fact, just one particle that is perpetually travelling forward and backwards in time? Sounds like something out of a science fiction novel. This gives rise to the one electron universe theory. Well, without getting into the nitty-gritty of Quantum Mechanics, let’s dive into the plausibility of the theory.

Related: Why Would We Have Just One Universe?

Electrons are essentially indistinguishable from one another. This means you cannot tell the difference between one electron and the next! Every electron has the same mass, same charge, and same spin. So if every electron in the Universe is identical, then what if it’s the same one that is present everywhere? Hence, the one-electron Universe theory. It’s more like an attempt to justify why every electron is, essentially, the same.

Also Read: Is there an order to chaos in the Universe? 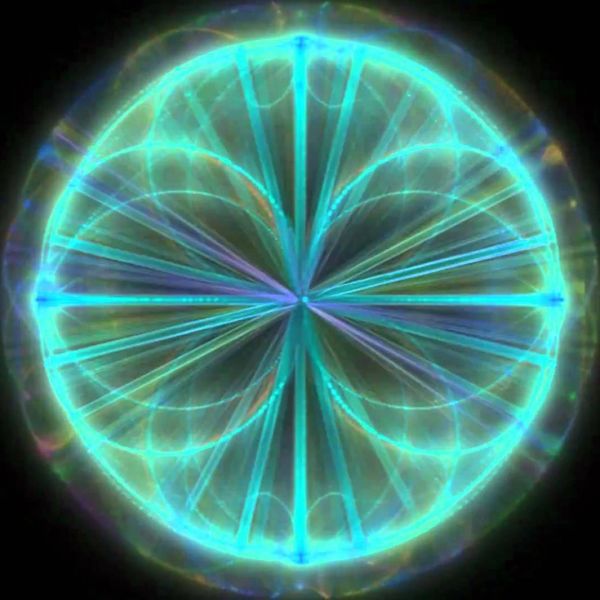 Hydrogen atom orbitals at different energy levels. The brighter areas are where one is most likely to find an electron at any given time.

So who believes it?

Many of us would dismiss the idea of a single-electron Universe as utterly nonsensical. The famous American physicists, John Archibald Wheeler and Richard Feynman, didn’t think so. In fact, here’s a snippet of the conversation between them which Feynman mentioned in his 1995 Nobel lecture–

I received a telephone call one day at the graduate college at Princeton from Professor Wheeler, in which he said, “Feynman, I know why all electrons have the same charge and the same mass.”

“Because they are all the same electron!”

And, then he explained on the telephone, “suppose that the world lines which we were ordinarily considering before in time and space – instead of only going up in time were a tremendous knot, and then, when we cut through the knot, by the plane corresponding to a fixed time, we would see many, many world lines and that would represent many electrons, except for one thing. If in one section this is an ordinary electron world line, in the section in which it reversed itself and is coming back from the future we have the wrong sign to the proper time – to the proper four velocities – and that’s equivalent to changing the sign of the charge, and, therefore, that part of a path would act like a positron.”

The Science of the Matter

A positron is the antimatter equivalent of an electron. These anti-electrons, or positrons, behave like electrons but are positively charged. On similar lines, anti-protons are negatively charged. It is said that the Big Bang resulted in the formation of both matter and anti-matter. Yet somehow, the questions of why antimatter is less in the amount still baffle scientists. What they do know, though, is that antimatter, when it comes into contact with matter, it annihilates it and gives out energy!

Consider a collision between a gamma ray photon and matter. When it takes place, an electron, say, e1, shoots off in one direction, and a positron in the other. Then, the positron collides with another electron, say, e2, resulting in the annihilation of this electron and positron. This leads to the creation of a photon once again. The net effect of this entire scenario is the disappearance of e2, and electron e1 taking its place. This suggests that although both electrons are existing at the same time, they are actually a single particle. Feynman even went as far to say that in fact, the journey of the positron takes from the point of creation to the point of collision with e2, actually signifies the positron travelling back in time!

But then again, time travel is another one of those amazing mysteries of the universe.

Paul Davies, in his book About Time: Einstein’s Unfinished Revolution, said, “In its normal, electron phase, e2 emits a photon and bounces back in time, then absorbs a photon and rebounds back to the future again. An observer located in time would see two electrons and a positron. But Feynman says this is really only one particle seen three times”.

You can prove this theory just as well as the fact that aliens exist. The fact is, it cannot be tested or even proved. But it’s a delightful thought experiment