“Far out in the uncharted backwaters of the unfashionable end of the western spiral arm of the Galaxy lays a small unrewarded yellow sun. Orbiting this at a distance of roughly ninety-two million miles is an utterly insignificant little blue green planet whose ape-descended life forms are so amazingly primitive that they still think digital watches are a pretty neat idea.”

While Douglas Adams penned this line in his ‘The Hitchhiker’s Guide to the Galaxy’, he mentioned a pretty insignificant sounding phrase: little blue green planet. Without a doubt, he refers to the Earth.

The phrase however, is very significant. Watching the little blue sphere has been known to cause a spontaneous psychological impact on humans. This experience of seeing the reality of the Earth in space, and immediately perceiving  it to be a tiny, fragile ball of life, freely suspended in the void, shielded and nourished by a paper-thin atmosphere is referred to as,‘ the overview effect’. In other words, it is the perception of, literally, the big picture.

What is the Overview Effect? 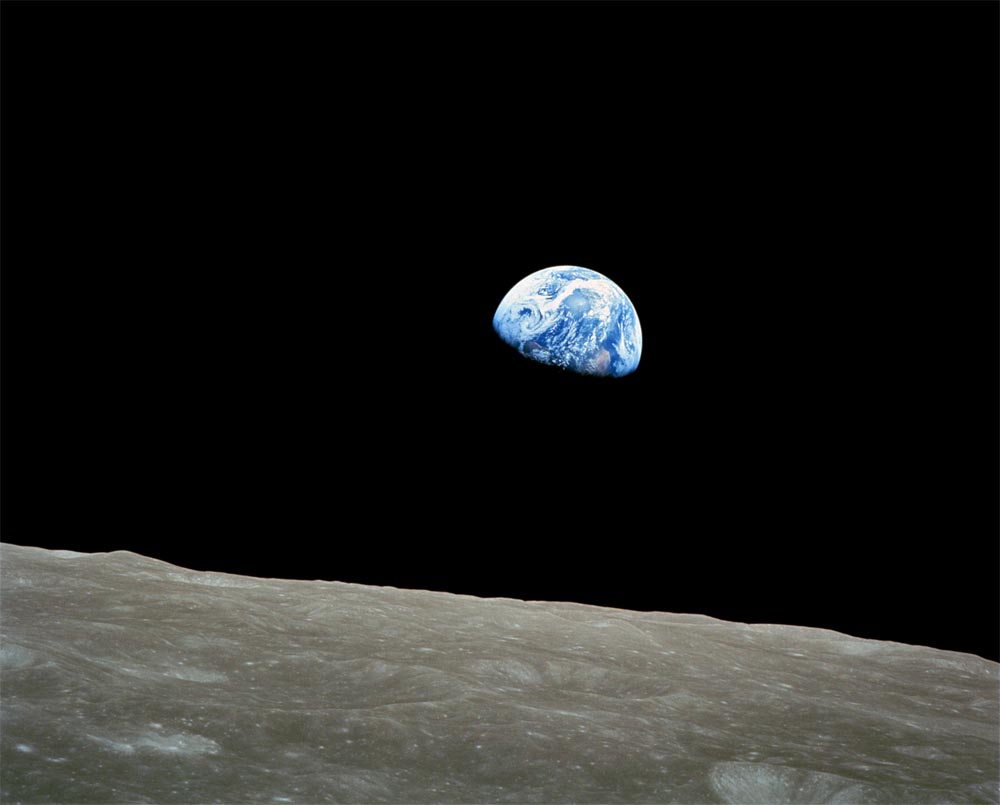 The term and concept was coined back in 1987 by Frank White, who explored the idea in his book The Overview Effect — Space Exploration and Human Evolution. The Overview Effect is essentially a cognitive shift in awareness reported by some astronauts and cosmonauts during spaceflight, while viewing the Earth from orbit or from the lunar surface. Astronauts Rusty Schweikart, Edgar Mitchell, Tom Jones, Chris Hadfield and Mike Massimo are all reported to have experienced the effect.

This phenomenon also includes having feelings of transformation by what can be described as the magic that the experience brings. The ideas that can be rooted from the excerpts of those astronauts, who have experienced the overview effect, include unity, vastness, connectedness and perception.

In the words of astronaut Gene Cernan, “I felt the world was just… there was too much purpose, too much logic. It was too beautiful to happen by accident. There has to be somebody bigger than you, and bigger than me, and I mean this in a spiritual sense, not a religious sense.”

Psychologists are particularly interested in astronauts who report experiencing The Overview Effect. They want to understand the effect for two reasons: Firstly, for the investigation of the implications of space flight as more and more space missions are being set up; secondly, for better comprehension of the sensation, in the hopes of reproducing the same euphoria.

Although psychologists believe that behavior is hard to modify, being able to see astronauts having that kind of deep and duplicate effect is something that highly interests them. Johannes Eichstaedt from the University of Pennsylvania says, “In the end, what we care about is how to induce these experiences”.

Psychologists believe that reproducing this euphoric feeling may help people cope better, feel more connected and rethink the significance and volume of their troubles. The consequence? A solution to a wide range of psychological issues.

There is also belief that psychology should be a significant part of future space missions, so as to maintain the astronauts’ well-being for prolonged missions.

The Overview Effect & Our Brain

The “Overview Effect”, or acute awareness of all matter as synergistically connected, sounds somewhat similar to certain religious experiences described by Buddhist monks. It also resembles the effects shown by some psychedelic drugs. LSD, for example, is reported to cause ‘ego death’, and a ‘feeling of connection to the universe’. The Overview Effect tends to have a similar impact on the human mind.

Andy Newberg, a neuroscientist/physician with a background in space-medicine, is trying hard to understand the specifics of the overview effect. Is it a physiological effect? Is the brain altered when it occurs? How does it happen? These are some of the questions Newberg is attempting to answer.

Related: A Step By Step Guide to Planet Colonization

Newberg has initiated his study by learning how to identify the markers of someone who has experienced space travel. He believes that there is a palpable difference in someone who has been in space, as opposed to most of us who’ve remained on the surface of our planet. He specializes in finding the neurological markers of brains in praying nuns, transcendental mediators, and others in focused or “transcendent” states, that is, people in states of altered consciousness. Newberg has actually been able to pinpoint regions in subjects’ gray matter that correlate to these circumstances, and now he plans to use his expertise to find how and why the Overview Effect occurs.

There’s considerable academic interset into the phenomenon. In fact, there’s an institute dedicated to its study – appropriately called The Overview Institute, headed by astronaut Edgar Mitchel. Edgar Mitchel’s dropped one of the most memorable quotes we have on the Overview Effect.