We’ve been beguiled by the stars ever since Astronomy was discovered. Or is it the other way round? In ancient times, our curiosity for exploring beyond the unknown could only be quenched by astute observation and fertile imagination. Ever since the birth of the telescope 400 years ago, we have gradually unraveled the physics behind numerous cosmic events, gazed into the far reaches of the universe, discovered stupendous number of galaxies and other cosmic bodies, and observed physics-defying phenomenon like quasars and black holes.

In this quest for knowledge, super telescopes of the past have opened new frontiers of space science research and observation. NASA’s Hubble Space telescope provided us with evidence of billions of galaxies, thus enabling us to map the scale of observable universe. The recent discovery of Trappist-1 has fueled our hunger for further knowledge of the universe’s most elusive objects – potentially habitable worlds. But as Hubble inches towards retirement, we now look upto the super telescopes of the future to demystify the universe. One of which is the James Webb Telescope, set to launch in 2018. 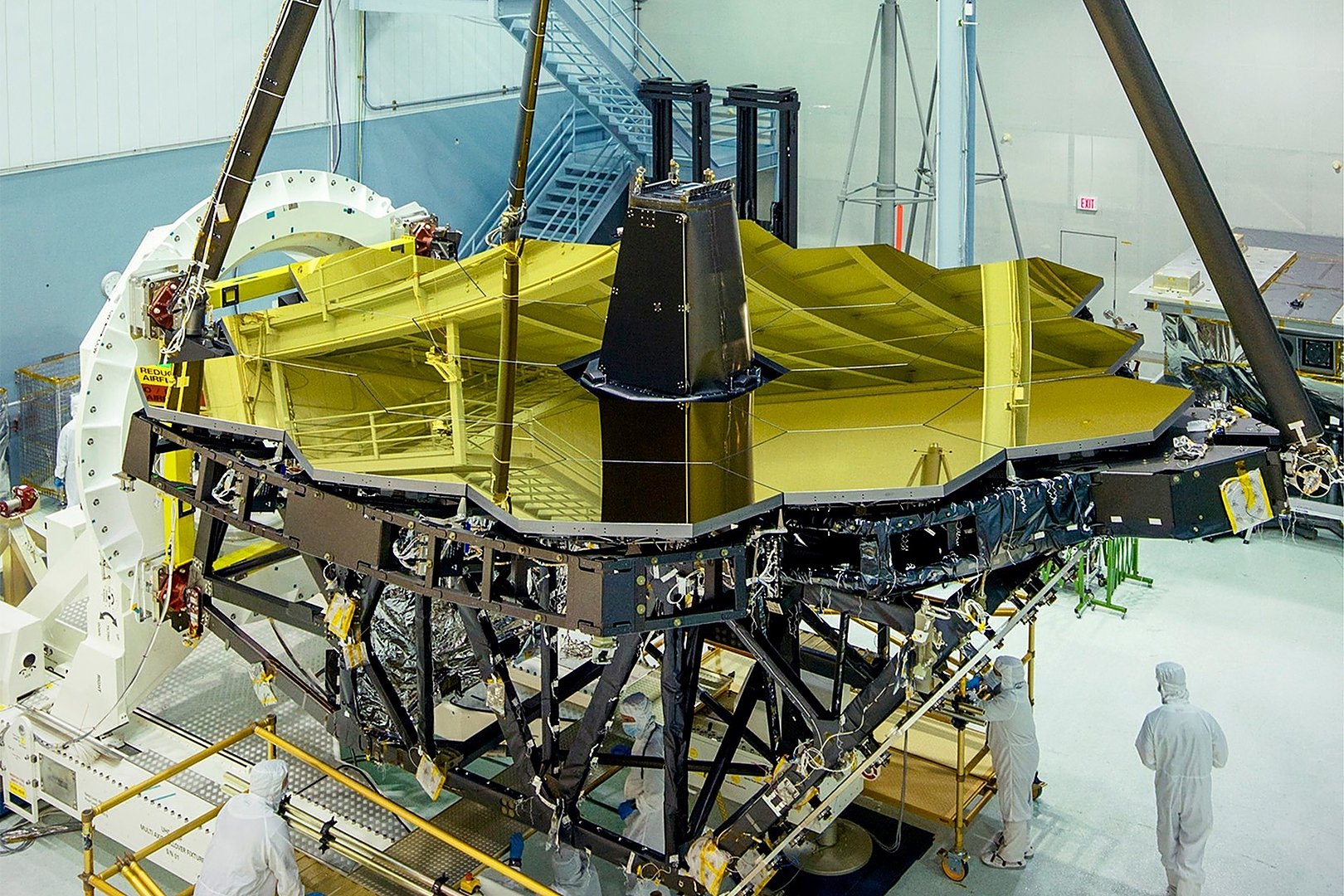 The JWST has been in the making for nearly two decades and is the largest space telescope assembled till present.

What makes this piece of space tech incredible is that the James Webb Space Telescope (JWST) is an even bigger and badder version of Hubble. The telescope will be launched on an Ariane 5 rocket from French Guiana in October 2018. It’ll span the size of a tennis court. The JWST features a larger and segmented 6.5-meter-diameter (21 ft 4 in) primary mirror, compared to Hubble’s 2.4-meter (7.9 ft) mirror. Formerly known as The Next Generation Space Telescope (NGST), the JWST has been in the making for nearly two decades. It is probably the largest space telescope assembled in the history of telescopes.

After Hubble retires, the JWST is poised to take the reins as NASA’s premier orbiting telescope. It boasts of a seven fold light-collecting capacity than its predecessor and will be sensitive enough to spot a single firefly one million kilometers away. Webb’s highly sensitive infra-red cameras are protected by a 5-layer sun-shield, which is like having sunblock of SPF 1 million.

What Will the James Webb Telescope Reveal?

Astronomers have some incredible plans with these super- capabilities, like:

Related: How We Will Colonize Mars

A formal successor to both The Hubble Space telescope and the Spitzer Space Telescope, the JWST will be able to see many more and much older stars and galaxies. Clearly, it’ll be surpassing both its predecessors in observation capabilities. The key technique to achieve this is to observe in infrared. Infrared has higher penetration capacity through dust and gas, allowing for observing dim cooler objects. Moreover, observing in infrared allows the telescope to account for the cosmological red-shift of objects. Since the universe is expanding, light travelling from a cosmic body become red-shifted. Such objects are easier to view in infra-red. Additionally, relatively cool objects (temperatures less than several thousand degrees) emit radiation primarily in the infra-red. They will be easier to study in the IR spectrum.

According to Katherine Deck, study co-author and research fellow at Caltech (the research institute behind NASA’s Jet Propulsion Laboratory), further exploration of the recently discovered Trappist-1 planetary system will be a top priority for this telescope. the JWST shall steer forward the characterization of the atmospheres of Trappist-1, with six Earth-sized planets – three of which are in the nominal habitable zone of the star.

Related: How Humans Could Evolve to Live in Space

A New Era in Astronomy

The future of space exploration looks ever-promising. With the James Webb Telescope due for deployment, researchers will now be able to delve into new frontiers of space research. Its capacity will equip researchers to fathom findings never recorded before. The James Webb telescope will steer us in the direction of endless possibilities. And might even hold the key for discovery of life in distant cosmic shores.