Ever wondered how life would be if you could see sound or smell colours? Or ‘feel’ music, or ‘touch’ light? Or ‘listen’ to food?

This isn’t as preposterous as it sounds. In fact, this phenomenon is an actual occurrence. It’s called synesthesia.

Synesthesia is a condition where a false perception from other senses is connected to real information from another sense. Your body (or mind, really) confuses impulses coming from one sense to be coming from another. So you get to ‘feel’ light, and ‘taste’ music.

Synesthesia is reported to occur in a single individual in every 250 to 25,000 people, so it ranges from being a common condition to a rare one. It’s a highly subjective experience – an individual may experience different amalgamation of senses, which will vary. People with synesthesia experience a consistent, elicited, involuntary sensory impression in one sense or classification in response to a triggering input from a special, unrelated sense. What we do know about synesthesia so far, is that it is:

​-Consistent – the same trigger unfailingly results in the same sensory impression.
–Elicited – the trigger ought to be existing in an exceedingly sequence for the synesthete to bear their enchained sensations.
–Involuntary – it happens involuntarily, without the person conceptualizing it or eagerly waiting for it to happen.​

Triggers most commonly are numbers or alphabets, musical sounds or pitches, they can also be time units such as years, months, weeks, tastes, tactile sensation, smells, pain, etc.  A specific trigger consistently produces a selected tactile impression, similar to a view of shading, composition, taste. Most synesthetes describe very specific colours, textures, pressure sensations, etc. for his or her associated impressions. These stay steady for the duration of their lives. Every synesthete constant has a set of associated impressions from​each different synesthete. 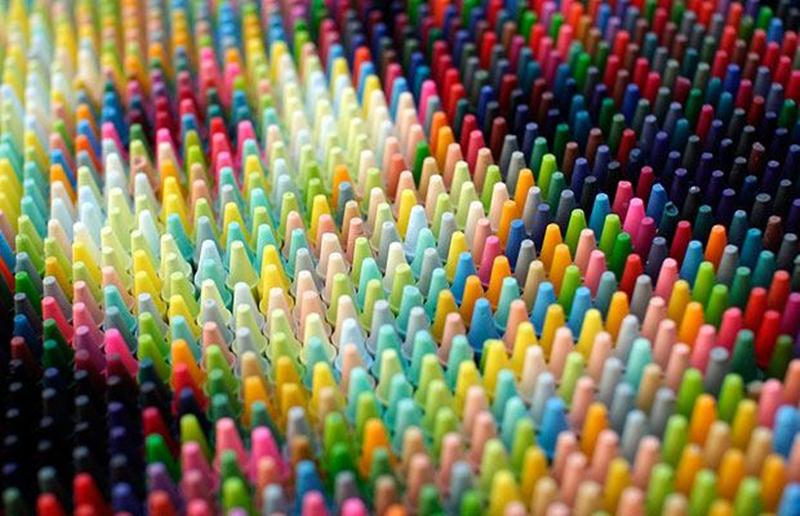 Synesthetes generally experience their sensations from infancy or perhaps maybe conception, they will have effective enthusiastic reactions to things that trigger their sensation, and sometimes sense that these synesthetic experiences are lovely. This trait isn’t considered to be a disability. In fact, it is widely taken to be an additional bonus to their normal sensory perceptions.

Synesthetics often become composers or musicians; their unique ability to visualize sound is a distinct advantage. Many synesthetes are surprised to know, during one phase of life, that not everyone senses the world the same way as they perceive it.

Can Synesthesia be Induced?

Those who’ve indulged in psychedelic substance usage already know this – Synesthesia isn’t exclusively a naturally gift. It can be induced. Artifically.

Psychedelics are known to induce synesthesia as of one of their basic effects. In the case of substances such as LSD and Ecstasy, the effect appears to be directly correlated to the dosage.
It’s hard to produce accurate accounts of what people actually experience while on LSD. I spent a little time watching people take LSD and talk about their ‘trips’ on YouTube.  I did find some interesting stories, though. One of the stories I saw posed the monumental question of, “What is reality?”. Questioning that is real seems to be common among LSD users. You can see, hear, smell, taste and feel “unreal” things while you are on acid. To these people, these affairs are completely real. It’s difficult for our minds to grasp the fact that all sensory perceptions are just electrical and chemical signals in our brains. The brain uses electrical and chemical processes to somehow construct my understanding of what is around me.

This discernment of my environment is projected into my consciousness and it is the only means I can relate to reality, this includes all the information that my psyche is taking in from my surroundings: sounds, smells, temperature, air pressure, everything. If the mechanism that permits us to interact with reality is altered, then our personal reality is changed. This can be a significant, lasting change.

LSD distorts sensory perceptions in various ways like Synthesia this is where sensory perceptions tend to merge together. Synesthesia is a genuine, documented psychological condition in which the stimulus of one sensory pathway leads to the immediate stimulation of some other, random pathway.

Eg: So, for some people the sound of middle C on a piano might smell like lilies or maybe every time they see a dove they will taste chocolate or if they have a headache it will have a color, smell, and taste. LSD is by all accounts a capable portal toward a comprehension of oneself and our part in the encompassing universe and ought to maybe be utilized as a part of that setting. On the other hand, while separating mental boundaries of the psyche can be an edifying learning background, it ought to be noticed that these hindrances exist which is as it should be. Sounds like with enough LSD utilize, its conceivable to lose your capacity to identify with others, to reality, and viably, to yourself.

If you were born a Synesthete, there’s a wider range of variations you can experience with synesthesia. Different biological mechanisms work differently, leading to varied effects.

Imagine seeing me reach up and touch my own chin, but experiencing a touch along your own chin. This is a mirror-touch synesthesia: when you sense the same sensation another person feels. Almost like empathy, but only on sensations.
The prevalence of this type of synesthesia is relatively high at approximately 1.6%.
Even amongst non-synesthetes, around 30% of people experience a sort of mild form of this in that they experience pain when they watch somebody else being hurt. This may be a variation of us humans’ capacity to feel empathy.

One of the rarest varieties of synesthesia, in which people have associations between words and preferences. Experienced by less than 0.2% of the population, individuals with this may discover discussions cause a stream of tastes over their normal dialect. Along with taste, other aspects of the tongue may also be affected – such as temperature, surface and even the area on the tongue. One synesthete who has been tried discovered the word ‘jail’, for instance, tastes of chilly, hard bacon.

This is where ordered sequences, like similar to numbers, days of the week or letters all have specific identities, and even appearances.
Wednesday might be an discouraged youthful gentleman wearing a red shirt, while Monday may be an active more established lady who talks excessively, etc.

Initially reported by the polymath Sir Francis Galton over a century prior, this is the place numbers naturally show up in the brain as mental maps. This instance of synesthesia may come about part of the way from the way that the areas of the cerebrum for preparing numbers and that for spatial representations are generally close to one another. It’s accepted that as much as 20% of the populace may have a number-structure synesthesia or related encounters which imply that day, months or the letter set tackles a spatial frame in the cerebrum.

While many varieties of synesthesia are harmless and some think it enhances their life, not all courses are beneficial. Misophonia — literally “hatred of sound” — is a condition in which sounds trigger strong negative emotions like disgust and anger. It’s extremely uncommon and may be caused by problematic connections between the auditory cortex and the limbic system. Commonly reported amongst misophones are strong adverse feelings in response to the sounds of other people eating and breathing.