Exploring the farther reaches of space has always been one of the biggest fantasies for mankind. While astronauts like Neil Armstrong and Buzz Aldrin have experience what lies beyond the earth’s limits, common folk like us still fantasize about it in our dreams.

EVER WONDERED WHEN INTERSTELLAR TRAVEL WILL BE ACHIEVED? READ UP HERE AND HERE!

Most people believe that humans are the only species on earth who have successfully made it to outer space, besides the odd dog or rodent! And till recently, even I was one of those people. Right up until I read about Project Exobiotanica.

The idea of the project is interesting and it’s truly an eye opener. Interestingly, it also reveals an additional artistic side of human beings.

Until 1900, humans believe that plants and trees are just for beauty and don’t possess life, and then lo and behold. An Indian scientist –  J.C Bose – demonstrated to the world that plants do, in fact, possess life. Today, an artist who was renowned for his biological artistic works wants to convey a different sort of message to humans through his aesthetic oeuvre.

Azuma Makoto, a Japanese artist wanted to convey a new definition to the space flight. Space flight with humans and monkeys is already a known thing to us, but think about a plant in space. Sounds pretty good, right?

So according to this scheme, after humans and animals it is now time for plants to launch off from solid ground into outer space. When this kind of view arises, many peoples scoff at it, taking it as an inconceivable one. But, Azumo who was a pro in this aspect, has some other thoughts in his mind. 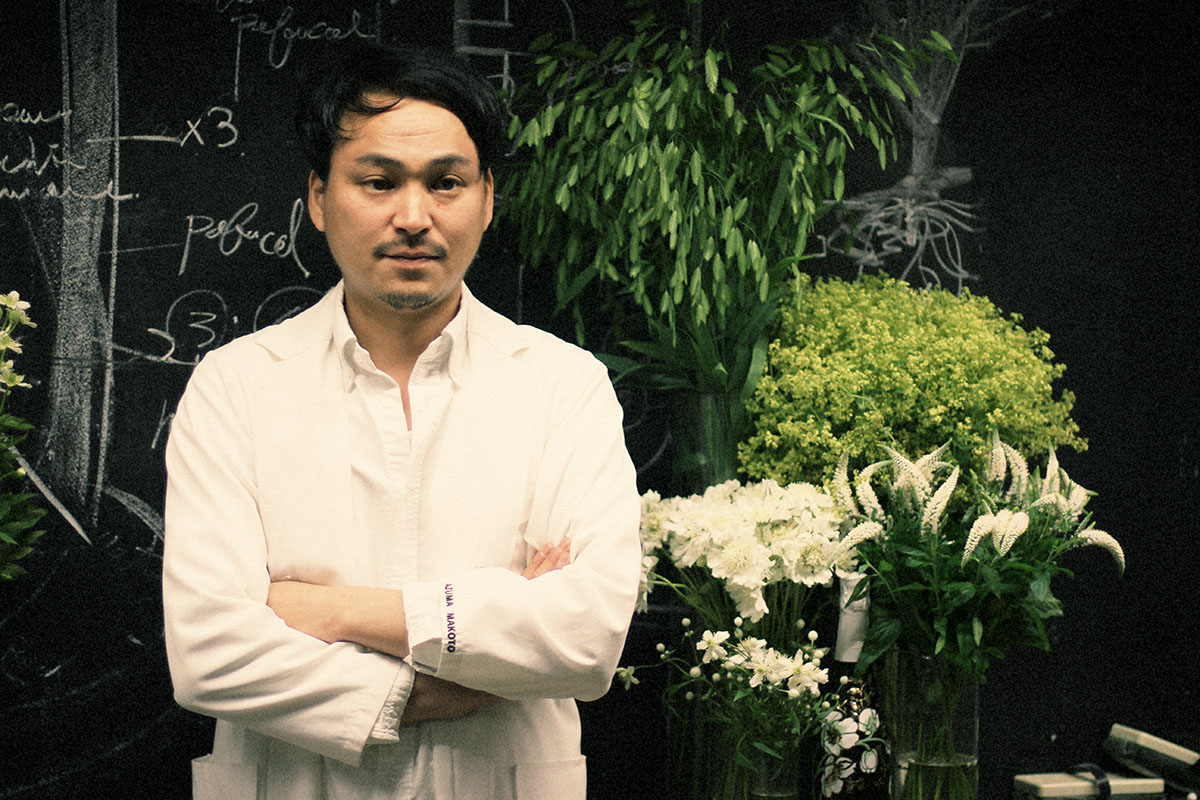 The project exobiotanica is an experimentation which is done by Azuma Mokato with the collaboration of JP-Aeropspace. In this experiment, he picked out one white pine bonsai tree which is about 50 years old and a flower bouquet made out of beautiful and vibrant colors. He places the bonsai tree in a specially designed box covered with a cube like structure built out of carbon fiber. The flesh is light weight and it gets to the bonsai tree to withstand in harsh climatic conditions.

SPACEX IS PURSUING ANOTHER EXCITING SPACE DREAM. READ UP ON IT HERE!

Six GoPro video cameras were tied to it to capture the images in the outer space. This camera has the capability to record videos in 360 degrees. These cameras were designed by Fujifilm exclusively for this project. It also has a spot GPS tracker which was used to help resolve the image once it fell down back to dry ground.

He selected Siera Nevada, which is regarded as one of the most divinely beautiful of all the mountain-chains to launch this highly anticipated project. The Sacramento based JP Aerospace which is a volunteer organisation that makes and sends vessels into orbit helped him to bring his dream to reality.

SPEAKING OF THINGS IN SPACE, ARE ALIENS WATCHING US? READ UP HERE AND HERE!

What Is The Intention Behind This Project ?

While explaining the project Azuma Makuto himself embellished the intention behind it. He says that

“Plants on the earth rooted in the soil, under the command of gravity. Roots, soil and gravity – by giving up the links to live, what kind of ‘beauty’ shall be born? Within the harsh ‘nature’, at an attitude of 30,000 meters and minus 50 degrees Celsius, the plants evolve into exbiota (extraterrestrial life). A pine tree confronting the ridge line of the earth. A bouquet of flowers marching towards the sun hit by the intense wind. Freed from everything, the plants shall head to the space.”

So, the intention behind this project is to observe the plant behavior, when it reaches outer space. We all know that, when humans acted against gravity, he loses his weight. So, what about a plant? This question made him to take up this project.

This project was conducted on 15th July. After putting up the tree and the bouquet in to the outer space, the consequences are as follows

The pictures which were being captured using those GoPro cameras were stunning and they were like a Sci-Fi movie. This project holds the spot for both art and science as well. Hence, I found it riveting.