How LIDAR unveiled the existence of an entire Cambodian city!

Technology has no doubt, transformed the face of our planet, and continues to do so. Besides creating revolutionary marvels that change Earth’s landscape, we’ve also been harnessing technology to unveil secrets of science and life that were lost over the years. Remote Sensing is used to retrieve information about objects and areas from a distance, using sensors mounted on satellites or aircrafts. It uses the natural energy reflected or emitted from the surfaces to map their layouts and other intricate details.

LiDAR or Light Detection and Ranging is a remote sensing method used to check the surface of Earth and encompasses data collection from air using lasers and sensors mounted on an aircraft. The principle behind LiDAR is how the light pulses generated by laser sources combine with other data recorded by the airborne system and generate accurate, three-dimensional information about the shape of the target surface and its characteristics. It computes the distance between the various discrete points on the target surface and the LiDAR system as a function of speed of light and time of flight. By rapid succession of this calculation and basic physics, the instrument builds up a complex ‘map’ of the surface being measured.

Related: Light is essential. Here’s Why 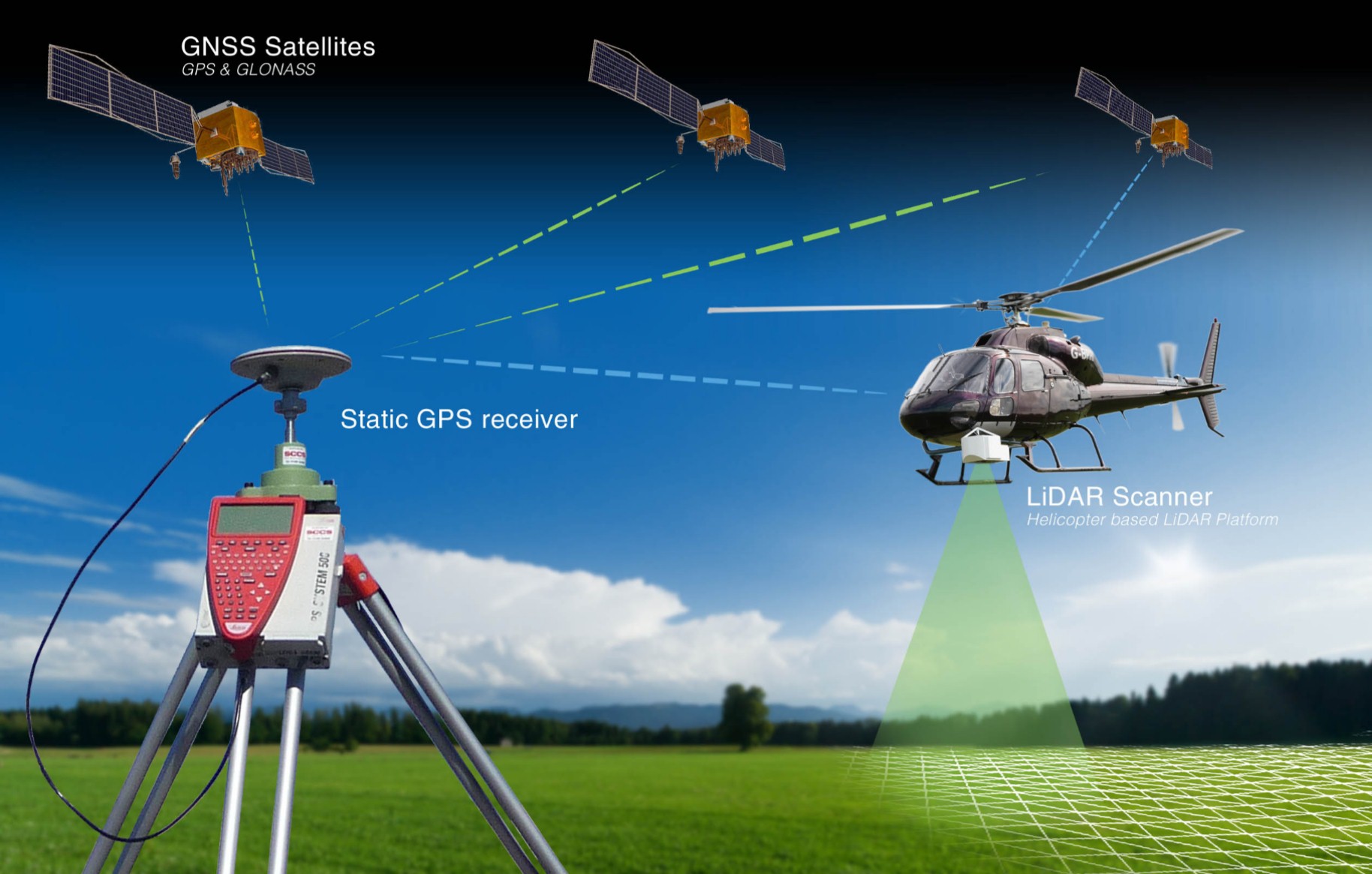 A LiDAR system has four integral parts: Lasers, Optical scanners and basic instruments, Photodetectors and receivers, Navigation and positioning systems. The scientifically applied lasers with a wavelength of around 1550 nm are not focused by the eye and are hence, ‘eye-safe’ at  higher power levels. Topographic LiDAR systems use near-infrared laser lights to map land surfaces and bathymetric LiDAR systems use water-penetrating green laser light to landscape the sea bed and under-water layouts. Scanners and optical instruments like lenses and mirrors help scan images into a computing system which in turn develops the image for further processing. The photodetectors is an input device that reads and records the signal being returned by the scanners to the system. The two significant types of photodetectors technologies are solid state detectors and photomultiplier. Navigation systems i.e. Global Positioning Systems and Inertia Measurement Unit together translate sensor generated data into static points for application in a variety of systems.

How LiDAR uncovered the secrets of historical Cambodian cityscape

Having described LiDAR as a technology, one of the most recent applications that has made it to the headlines across all bulletins is how LiDAR was used to unearth, undocumented medieval cities not close to the ancient temple city of Angkor Wat. Archaeologists have used the LiDAR remote sensing technology to make ground breaking historical discoveries about a vast network of Cambodian cities built and inhabited by the citizens of the Khmer dynasty.

Given that the temple city of Angkor Wat was built-in the early 12th century, during the reign of King Suryavarman II of the Khmer Empire, and that it was a part of one of the biggest ancient cities, historians believed that there has to be more to the city than what is visible to the tourists’ eyes. Scans performed back in 2012 revealed a city called Mahendraparvata near the Angkor Vat. Recent scans have unveiled cities as old as 1,400 years which is spread across large topographical areas, largest being a rival to the Cambodian capital, Phnom Penh.

Damian Evans, the Australian archaeologist and academic who published the recent research organized in mid-June, 2016 and worked in partnership with the Apsara Authority and Ministry of Culture, says that the unprecedented discovery of well-designed cities in the now-dense forest cover upend the way the world thinks of the Southeast Asian history, architecture and civilization planning. The LiDAR survey conducted in 2015, covered an area of over 730 square miles.

The huge tranche of data thus obtained revealed the urban characteristics of these medieval cities exuding commendable planning and design. These cityscapes showcased good sanitation and drainage systems, organized usage of land area, extensive waterworks networks and thought-through inclusion of schools, religious places, residential areas, industries and open spaces in the city. This definitely changes the way the world thinks of the ancient Hindu civilization and their idea of human settlements. The research done by Evans and his colleagues as a part of the Cambodian Archaeological Lidar Initiative (CALI) and supported by Cambodia’s government as well as international organizations and universities needs some follow-up excavation to check the site better. Although the data collected by LiDAR had revealed the existence of these cities, studies will continue to publish more intricate details about Cambodia’s most popular tourist site.

Although details from this recent research will take some more time to drift into history textbooks and travel-guide sites, it is pretty evident that Cambodia has a rewritten history to the present human knowledge; all thanks to LiDAR!