According to ISRO (Indian Space Research Organization), the Mars Orbiter Mission (MOM), India’s interplanetary mission recently completed 4 years of orbiting Mars, the Red Planet. Launched by the ISRO on 5th November, 2013, the mission successfully placed itself into Martian orbit on 24th September, 2014  on the first attempt. 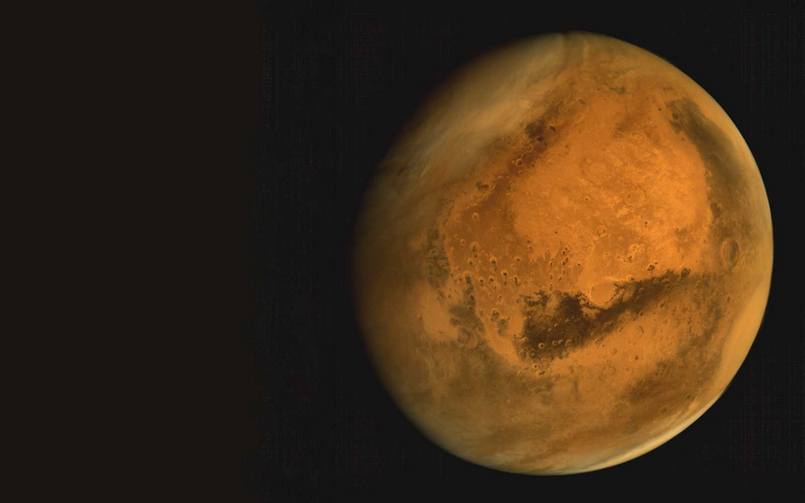 The Mars Orbiter Mission probe began from the First Launch Pad at Satish Dhawan Space Centre, Andhra Pradesh. On 5th November, 2013, the launch took place through a Polar Satellite Launch Vehicle (PSLV) rocket C25 at 09:08 UTC. The probe spent approximately a month in the Earth’s orbit, before its trans-Mars injection on 30th November, 2013. It was finally inserted into Mars’s orbit on 24th September, 2014, after a 298-day transit.

This mission  was termed as a “technology demonstrator” project,  one that would help develop technologies to design, plan, manage, and operate interplanetary missions. The spacecraft is currently being monitored by the Spacecraft Control Centre at ISRO Telemetry, Tracking and Command Network (ISTRAC), Bangalore with support from the Indian Deep Space Network (IDSN) antennae at Byalalu, Karnataka.

While the mission life of MOM was designed to last up to six months, the satellite  continues to send data from Mars for the past four years. “It’s been 4 years since I am around! Thank you for your love and support,” the ISRO’s Mars Orbiter tweet said. It also included an image taken by the probe of Olympus Mons, the largest known volcano  in our solar system.

The total cost of the mission was ranged at an approximate ₹450 Crore (US$73 million), making it one of the least-expensive Mars missions till date. This low cost mission was ascribed by K. Radhakrishnan, the chairman of ISRO, after considering various factors, including a “modular approach”, a few ground tests and long (18–20 hour) working days for scientists.

The MOM was built with full autonomy, in order for it to take care of itself for long durations without the need for ground interventions. It is the only Martian artificial satellite that can capture the image of a complete Mars disc (in a single view frame) along with the image of the far side Martian moon – Deimos.

The mission helped the scientists successfully prepare Mars’s Global atlas, with MOM having acquired over 980 images. With India being the first nation to accomplish such mission on their first attempt, ISRO also plans to develop and launch a follow-up mission called Mars Orbiter Mission 2 (MOM-2 or Mangalyaan-2), with a greater scientific payload, to Mars in 2022-23. The mission will consist of an orbiter, and might also include a rover.